Belgrade, Serbia. The City Of Tomorrow

Belgrade, Serbia – City of the Future in Southern Europe. This is how Financial Times proclaimed and awarded Belgrade in 2007. The magnitude of this award can easily be explained by mentioning the names of the other cities which were under consideration for the award: Istanbul, Zagreb, Athens, Bucarest, Sofia, Ljubljana, just to name a few.

Let us briefly think about this flattering title. What is that thing, that spirit, Belgrade has? What do we know about Belgrade anyway? It is a city with a very exciting history, a history that spans 7,000 years. One of the oldest cities, especially among capitals in Europe. The area where the Sava and Danube Rivers kiss was inhabited even in the Paleolithic period. But let’s not get our story stuck in ancient history. 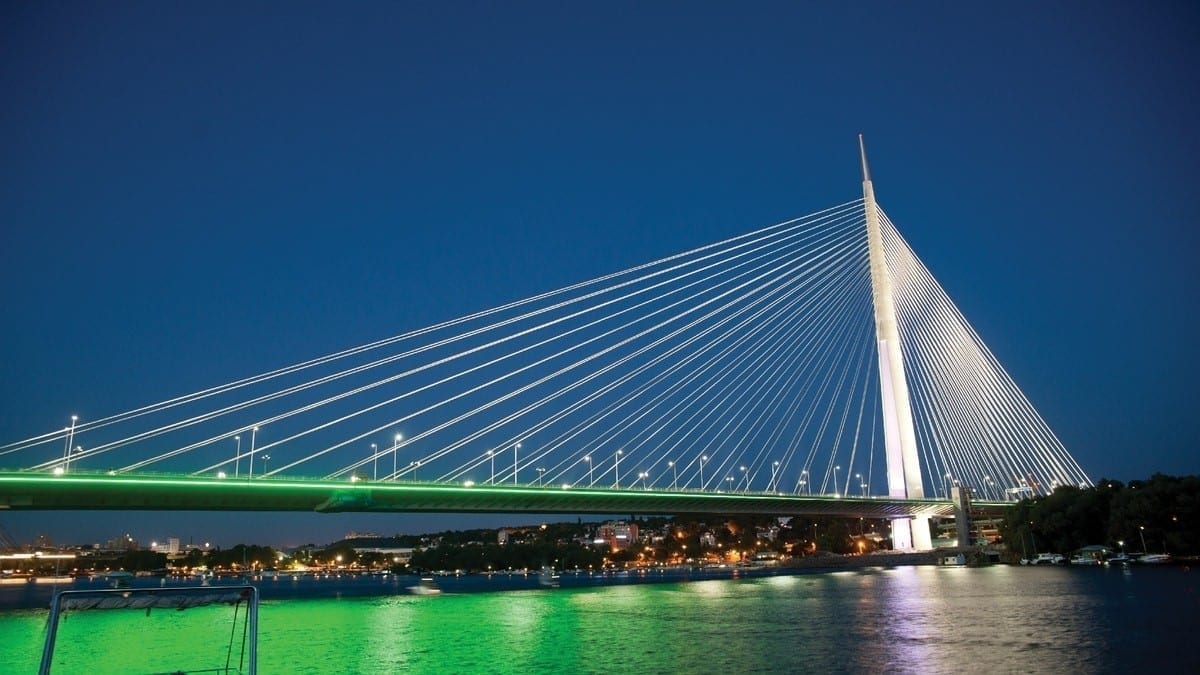 The magnificent Ada Bridge in Belgrade

Belgrade got its name by the Slavs who settled in its area around 630. Its name officially appeared for the first time on April 16, 878 in a letter that Pope John VIII sent to Bulgarian President Boris I. This date is now officially proclaimed as the “Day of Belgrade”. Belgrade became the capital of the Serbian state in the 15th century, just two centuries before the conflict between Turkey and Austria in their attempt to dominate western Balkans. It took 350 years for Serbia to regain its independence from the Ottoman empire. The 19th century was Belgrade’s turning point in becoming a modern European state. Unfortunately, Belgrade suffered hard during the two world wars. The destruction of the capital was ruthless.

The new star is rising

Most will probably agree that this city has a strong and turbulent past. But what was it that made FT proclaim this city as the city of the future? Its rough spirit makes it one of Europe’s most happening cities. For sure. Belgrade in Serbia has a lot to offer to its visitors. 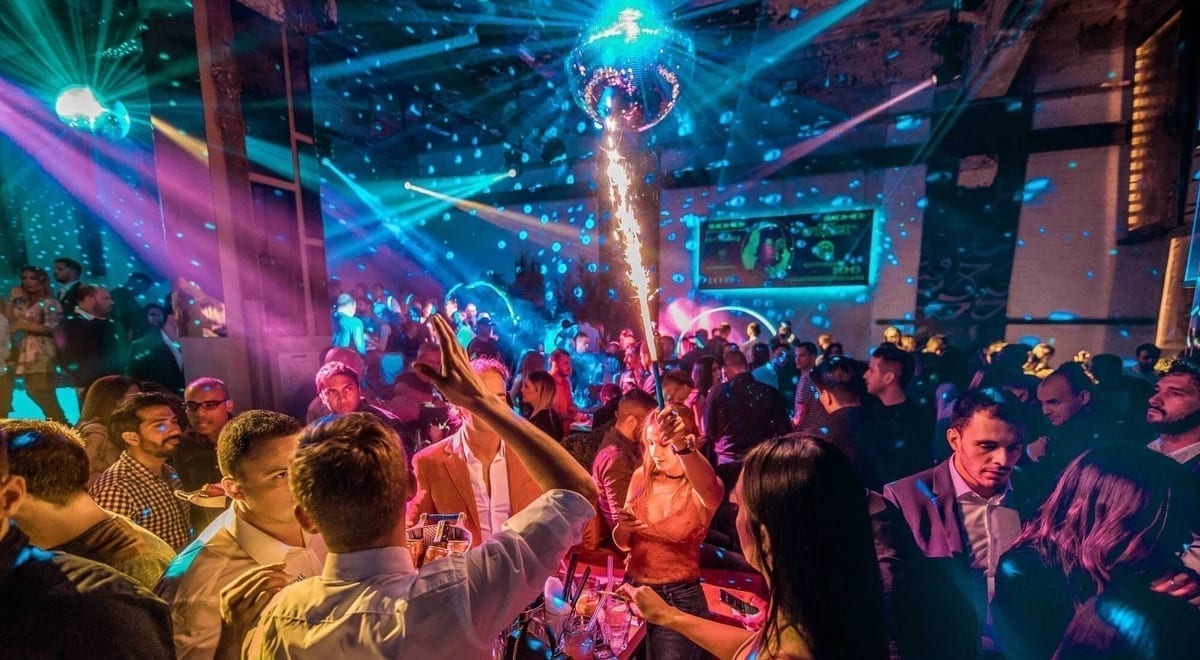 Lonely Planet stated: “With an exuberant population and its legacy as an intellectual hangout, Belgrade offers intriguingly varied nightlife, ranging from eclectic watering holes for those in the know to the busy restaurants and bars of the Skadarlija district and the summer clubs in heaving barges on the Sava and Danube Rivers. Major international musicians hit Belgrade’s Arena, and the summertime EXIT Festival held an hour north in Novi Sad, is one of Europe’s best”.

All of the above mentioned is just a small portion of the city’s offering.

So what to visit?

It depends mostly on your travel preferences. You can experience the most of Belgrade if you’re in search of good food and good times. In case you define yourself as a calm explorer, you will enjoy sightseeing. We recommend a visit to the Museum of Contemporary Art located on the left bank of the Sava River, across the Belgrade Fortress, also known as Kalemegdan. Speaking of Kalemegdan, it has to find its place on your Belgrade list of things to see. There you can also visit Military Museum that has over 3000 ancient and modern items. The view of the city from the Kalemegdan is amazing. 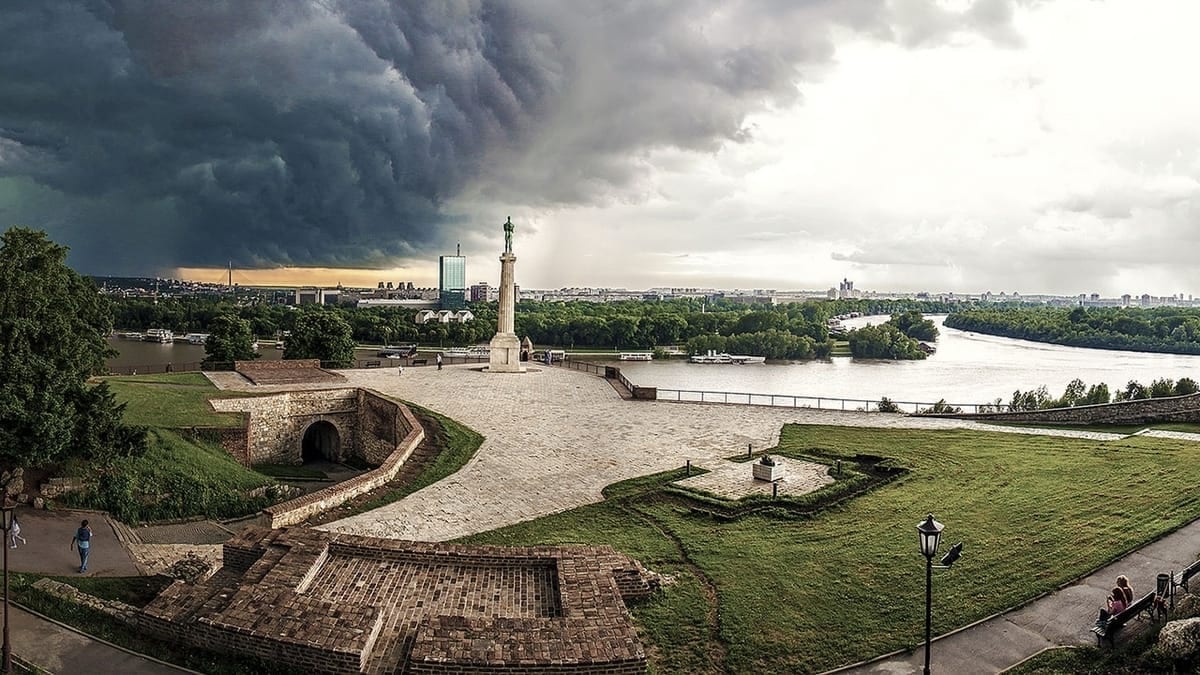 When the night comes, you can enjoy walks in the main pedestrian and shopping zone in the old town of Belgrade that is surrounded by Knez Mihailova Street and Terazije square. Not too far from it, you will find yourself in the main bohemian quarter of Belgrade, Skadarlija, the gathering point where artists meet to drink and discuss merely everything.

One of the hip places to visit when conquering Belgrade at night is Savamala – resurrecting elite neighborhood in the heart of the city and the center of the capital’s cultural life. It is a home to several new art galleries and cultural centers. Its also the ultimate party destination for the young crowds, featuring many of the top trending clubs in Belgrade, Serbia. 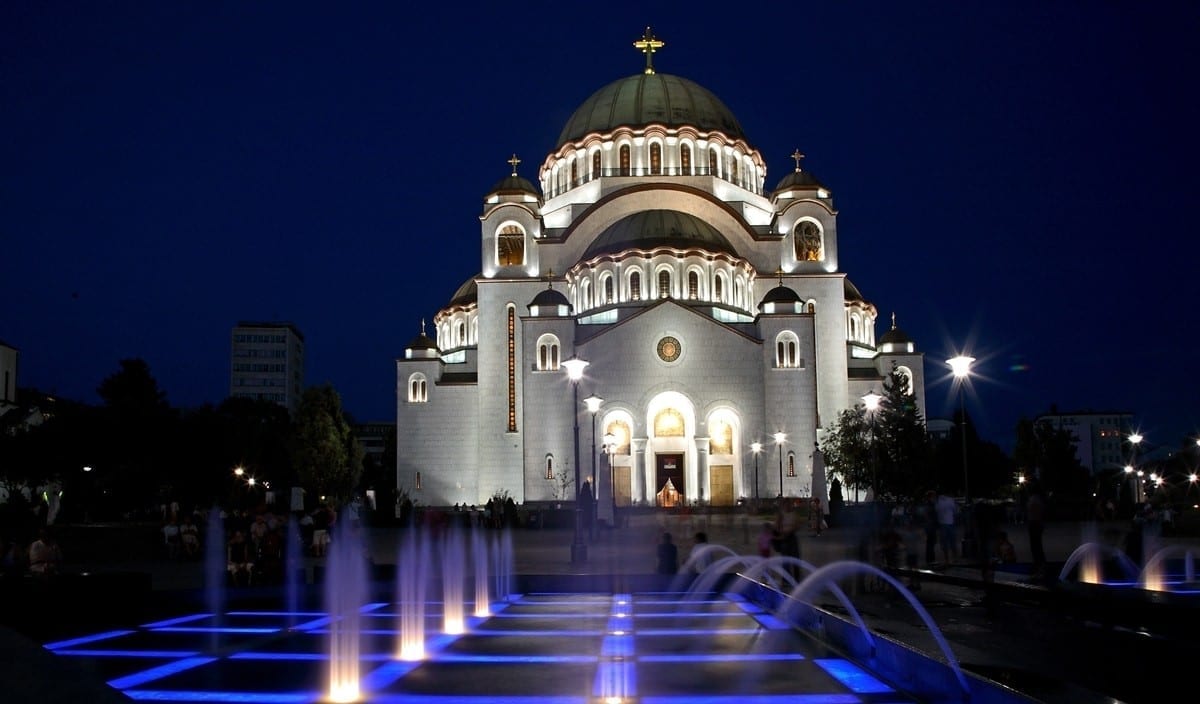 The Church of Saint Sava

If you’re into monumental architecture, the Church of Saint Sava is a must-see. Its a Serbian Orthodox church located on the Vracar plateau in Belgrade, and is one of the largest Orthodox churches in the world. Beneath the church floor, there are impressive vaults and the crypt of Saint Sava as well as the burial church of Holy Prince Lazar.

While on Vračar, you should definitely consider visiting the Nikola Tesla Museum, coffee break at Flower square and cozy walk in the King Milan street. You will soon find yourself in Andricev Venac, a small street dedicated to Ivo Andric, novelist and writer who won the Nobel Prize in Literature in 1961. From that point, you will enjoy the beautiful view of Belgrade parliament, National Assembly of the Republic of Serbia and Novi Dvor, the royal residence of the Karađorđević dynasty of Serbia and later the Kingdom of Yugoslavia. Today Novi Dvor is the seat of the President of Serbia. 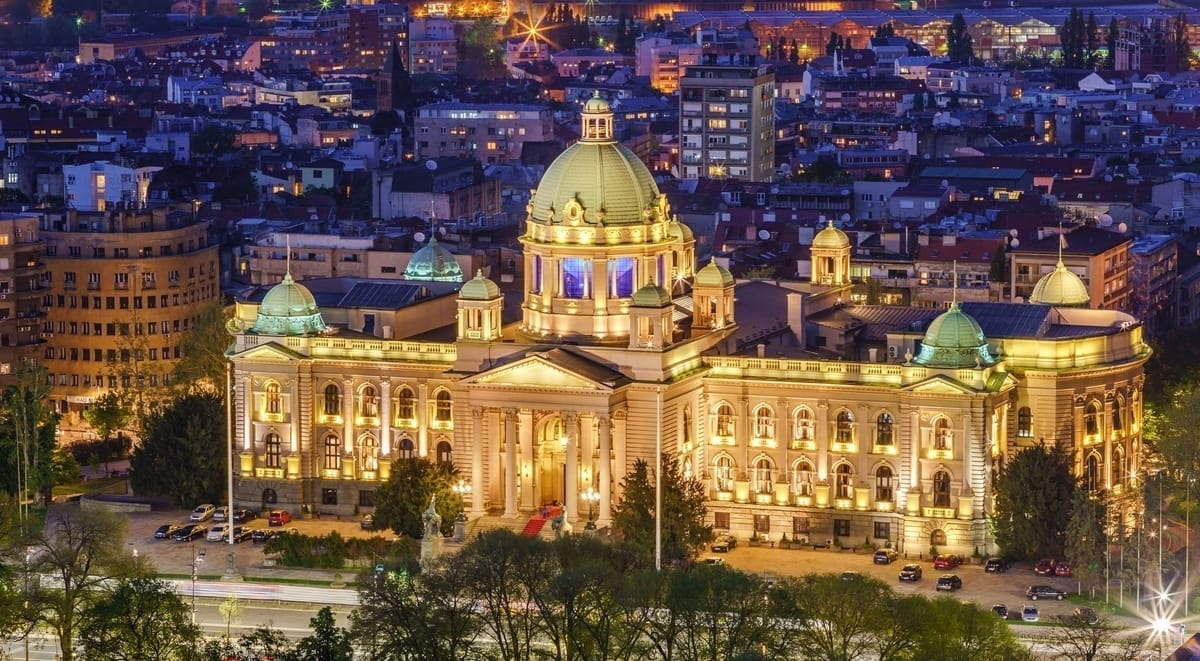 Aerial view of National Assembly of the Republic of Serbia

The city holds its reputation as an all-year party city, therefore pack your bags whenever you feel like it and spend three or four days in this vibrant, multicultural city on a rise. You won’t regret, that is for sure. For more detailed information go to Visit Belgrade.

Read the original article at https://theman.today/belgrade-city