The Balkan beat goes on

The strong performance of some of the smaller European countries is more evident when looking at jobs created from foreign direct investment relative to population size. The entire global top 10 is made up of smaller European and Latin American countries (see Figure 4).

Serbia is once again the top performing country globally after another record number of new jobs. Ireland is second, with growth of more than 25 percent compared to the previous year. Jamaica is third after receiving substantial investment in business services and tourism. The country has been particularly successful in positioning itself as a location for shared services centers in recent years, which accounts for the majority of the inward investment Jamaica receives. Lithuania and Estonia also performed strongly, with the former being a leading destination for ICT and Financial Services, and the latter positioning itself as a thriving ICT hub.

Meanwhile Bosnia and Herzegovina rank sixth, which highlights the impressive position that the Western Balkans have claimed in global value chains. Hungary and Costa Rica continue to appear among the top-ranking countries in this measure, confirming their positions as “hot spots” for both manufacturing and services in Central Europe and Central America, respectively. Belgium’s strong performance in 2018 positions the country as the second highest Western European country (behind Ireland) in this ranking. 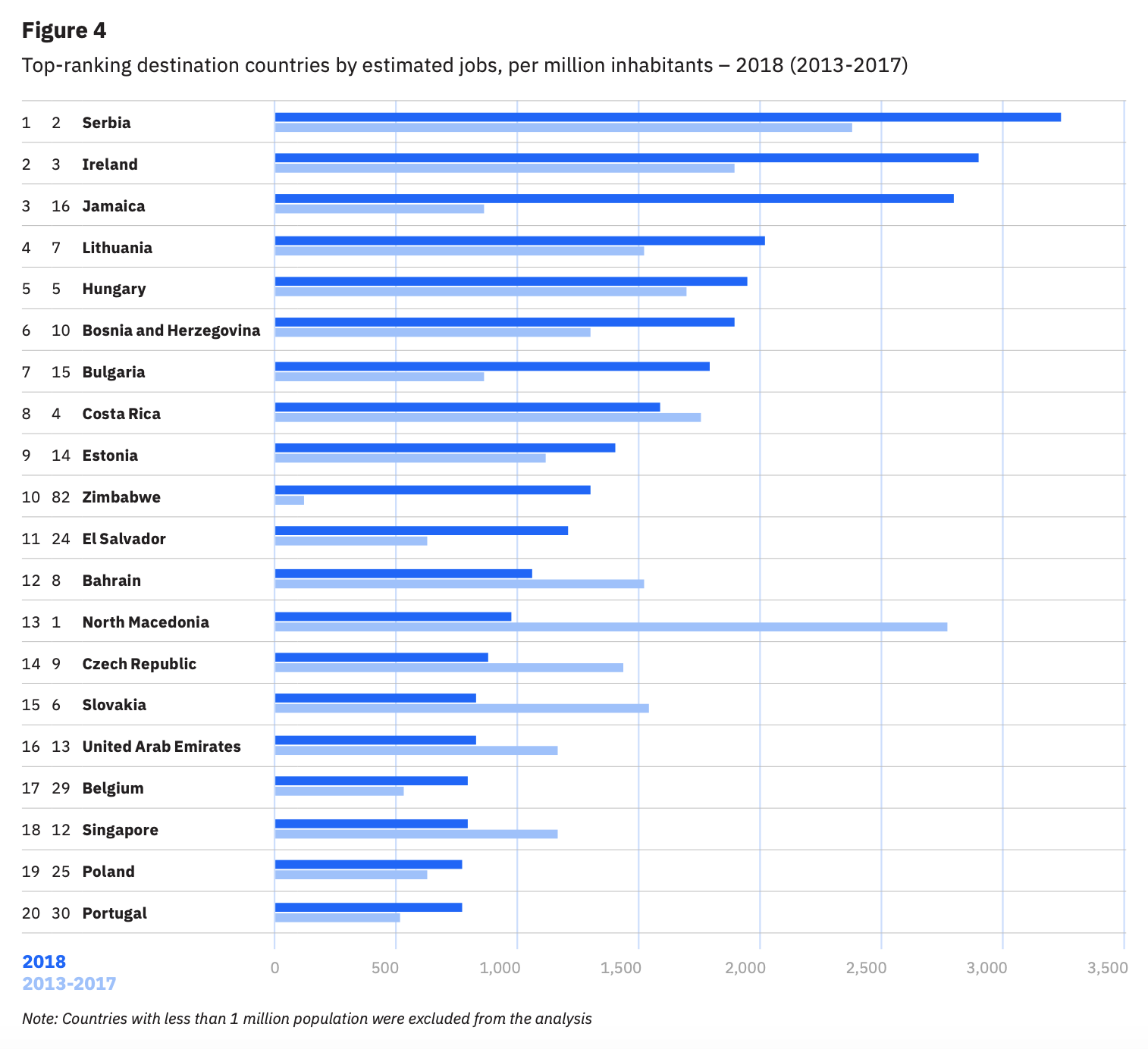