Mr. Milutin Folić graduated from the Faculty of Architecture in Belgrade as one of the best students of the generation.

He speaks 6 languages and has built a successful career as a member of the project teams in Belgrade and internationally.

Milutin Folić established a private architectural office in 2008, Folic Architects ltd, which has been successfully operating since.

FOLIC ARCHITECTS is an architectural design studio established as a continuation of two architectural family practices with over 30 years of work experience involving more than 200 projects. The company operates locally and globally from its office in Belgrade, Serbia, and is currently one of the leading domestic designing studios. It employs licensed architects, city planners, designers and technicians who, together with the external associates from other engineering professions, work on projects in Serbia, Montenegro, Bosnia and Herzegovina, and Russia. In recent years, Milutin Folić’s studio has focused mainly on the design of large residential and commercial complexes in Belgrade, which exceed 50,000m2 GFA, and certain buildings have been completely implemented or are in the implementation phase. Some of them include complexes like Kapija Vračara, Cara Uroša, Green Hill Dedinje, Sredačka, Taurunum and others.

In addition to designing, the studio is also engaged in urban planning, research, sustainable development, site preparation and construction consulting.

Our pragmatic project approach is driven by the requirements of the users, the functionality of the designed areas, the rationality of the structure and the urban-sensitive form, which completes its environment by its volumetry. 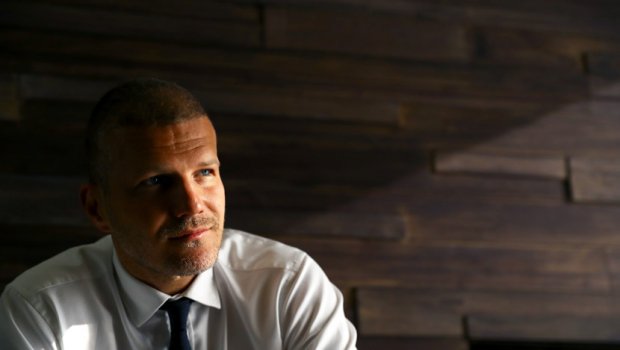 From 2014 to 2019, Milutin Folić was a City Architect and a Chief Urban Planner of the City of Belgrade.

During this period, Milutin Folić initiated and worked on the adoption of strategic documents – the new General Plan and the City Strategy through which the main directions of further development were set: the reversal of the hierarchy in traffic in favor of pedestrians, cyclists and public transport, then a more optimal use of natural resources by exposing Belgrade to the river banks, which was achieved by removing railway and industrial capacities from the center. This move enabled the third strategic objective – to prevent the city from expanding beyond its natural boundaries, but by implosion – using former industrial zones within the city.

During Milutin Folić’s mandate, more than 200 Detailed Regulation Plans were adopted, which is four times more than in the same previous period. The results include the revival of the construction industry that made Belgrade the city of cranes and provided funds for investing in infrastructure and arranging the city, thus becoming more attractive for new investments.

Milutin Folic is also the initiator and the leader of the project “Identity – Mobility – Ecology of the City”. The key objectives of this strategic project are: strengthening the IDENTITY of the City, the promotion of the concept of SUSTAINABLE MOBILITY, and the introduction of ECOLOGICAL CONSCIOUSNESS. As a part of realization, the project has introduced a book of standards: so far as 20,000 m2 of new pedestrian zones have been completed, 20 km new bicycle paths through the sub-project “Belgrade Bike”, large squares, parks, facades and coastal areas have been built and arranged. All these activities are directed towards one general goal – the improvement of the quality of life.

In 2019, Milutin Folić set up a new consulting company Sillage which main focus is advising foreign investors in Serbia.

World Bank Group: Towards a Transit Oriented Development Approach for Belgrade
MoMA Exhibition “Toward a Concrete Utopia Architecture in Yugoslavia, 1948–1980”